A Trip to Kenya

Home Blog A Trip to Kenya

Last week I finished a most interesting case and one which took me on the least expected and most extraordinary adventure of my life. My client, a delightful and bright man from Kenya, was accused along with sever of his countrymen of entering into fraudulent marriages to United States citizens in order to unlawfully enter the United States. The crime is called marriage fraud.

As the case unfolded it became apparent to me that my client’s witnesses—his family members who had attended his wedding in Nairobi—were in Kenya. They live in the beautiful Kisii region of Kenya. The people of Kisii have the highest per capita birth rate in the world (my client has 12 brothers and sisters). Kisii’s natural resources are strained under the pressure of the increasing population and, as a result, most people there live a day-to-day existence. They farm what they eat, build the houses in which they live, and hope for the best.

With the help of an interpreter, I spoke and corresponded with my client’s family. They told me that they attended my client’s wedding in Nairobi to the American girl. The family was delighted with the marriage. Of course, they hoped that my client’s marriage would be happy. They also told me quite candidly that they hoped that the marriage would allow my client to immigrate to the United States so that he could work and send money home (which he ultimately did working 60-80 hours per week). These were delightful people who were desperate for help.

I felt I had to preserve my client’s family’s testimony, but they were all too poor or infirm to travel to the United States. So, I went to them.

First, let me say that I am not just a bad flyer, I’m a bad traveler in general. All things considered, I’d rather be at home, my office, the courthouse – the places I know and in which I’m comfortable. Call me a tad agoraphobic, a homeboy, whatever – I just don’t like going very far away.

Kenya is very far away.

I went, but thankfully, not alone. One of the finest, most dedicated, most fearless lawyers I know came with me. John Parras is my dear friend who not only loves the law, but he loves adventure. He saw this trip to Kenya as a grand, legal exploration to test the strength of our Constitution’s guarantee to effective counsel. He also knew that without him I may not have been able to get on the airplane. So, for his reasons and for mine, we set off.

After a 26-hour, nearly sleepless commute—Houston to Newark to Zurich to Nairobi—I was in another country on another continent and felt equal parts exhausted and exhilarated. I remember arriving at the desk of the hotel in Nairobi and being so out-of-it that I could barely sign my name. I also couldn’t wait to meet my client’s family and get to work.

Early the next morning, eleven members of my client’s family arrived at the hotel. They had taken a six-hour matatu ride from Kisii to Nairobi.  Matatus are short buses that are the predominant form of public transportation in Kenya. Riding in one is a death-defying experience. They are stuffed with people; people hanging on the outside, on the top and out of the windows. The sound systems in matatus apparently have only one volume setting—10! And traffic laws are mere suggestions. Riding in a matatu is a bit like riding in a loud, thumping, over-crowded disco being driven on a motocross track by Evil Knievel. The bottom line is that you’ve got to really love a guy to take a six-hour matatu ride for him.

My client’s family was delightful. They accepted John and me completely and respected the effort we were making. We spent the day with them learning about their lives and my client’s marriage.

The next day, we all walked to the United States Embassy. In 1998, terrorists set-off car bombs in front of the embassy killing hundreds inside. The United States rebuilt the embassy and while today it is necessarily heavily secured is also a very real inspiration to Kenyans and Americans alike. The embassy is a tangible symbol of the American Dream which is vibrant and drawing the huddled masses even today. I was mindful of the embassy’s
history, of the people who died there, and I remember feeling honored to be there.

At the embassy, I took the deposition of my client’s enchanting and pleasant mother. I was impressed with her. She was loving and loyal and wanted more than anything to help her son. She was, above all else, a mother driven by millions of years of genetics to protect her child. She was also tough and rugged and fierce and the opposite of dainty. She had lived a tough life of arduous labor. She tended her field, her 13 children and her husband. No one tended her. The load she bore was visible in her shoulders, the backs of her hands and the soles of her feet.

She smiled one time in the two days I was with her: when she told me about meeting her son’s bride-to-be just before the wedding. She was so happy that her son was marrying an American girl. She said when she first met the girl she gave her a ceremonial African name as a sign of respect. Then, to display her happiness and consent to the marriage she performed an ululation. An ululation is a ceremonial wailing or howling. I asked her to perform the ululation for me. She seemed nervous, as though I’d asked her to read a poem or sing a song. There was something personal about it to her. I urged her to reenact the ululation for me and finally she did, surprisingly at the top of her lungs in the conference room of our hotel. People in their showers on the top floor probably wondered what was going on. After, she smiled a shy, embarrassed, school-girl type of endearing smile. We giggled, all of us.

The three-hour deposition went as well as could be expected. Through an interpreter, I asked her questions and she answered. We did the dance that lawyer and witness do, at times perfectly in sync and at times awkwardly stepping on each other’s toes. We did our best, each of us convinced for our own separate reasons that her testimony was the only thing happening in the world for those three hours. Of course, I took that deposition to help preserve my client’s defense. In retrospect, though, I had also given a mother the opportunity to protect her child. I hope she found some measure of comfort in that.

Months later, I tried the case here in Houston federal court. After 8 days of trial, the jury convicted my client of having entered into a marriage for the purpose of evading our immigration laws. That was in November, 2013. I was sick about it then, and I’m sick about it as I write this in April, 2014. The fight goes on, however. My client is appealing the conviction, and I have reason to be optimistic for a positive result.

My trip to Kenya was a life-changing event on many levels but there is one change that I’m particularly proud of. My client told me that the most respected man in his village was named Okero Mayaka. To honor the work I’d done for him and as a sign of his gratitude and respect, my client renamed me. I am now Okero Mayaka, attorney at law and world traveler. 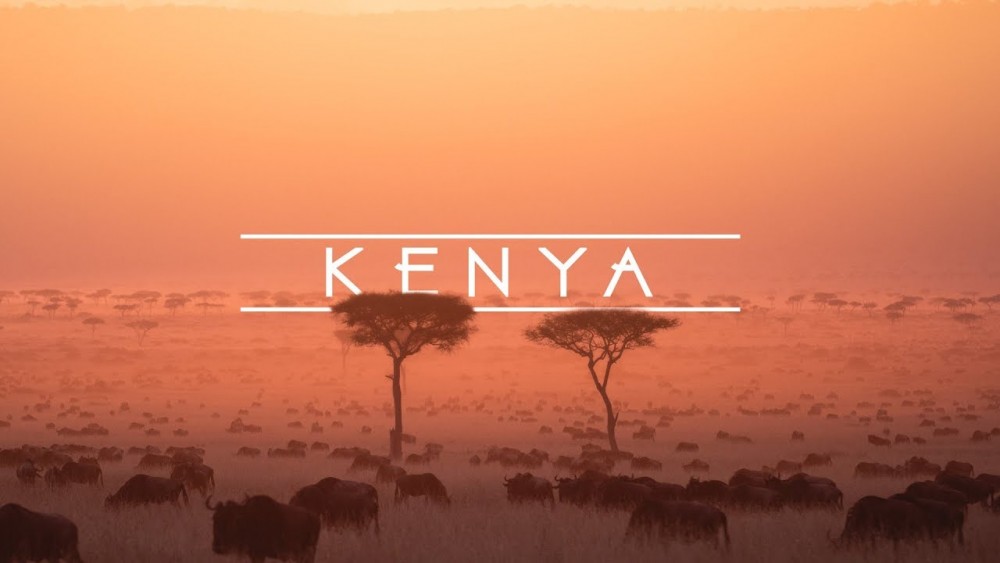